bankmecu had 353 employees filling 315 full time equivalent (FTE) roles at 30 June 2014. This does not include Directors or those on workers compensation. Almost half our staff were in customer services (47.9%), followed by other staff (15.6%) and clerical staff (13.6%). Almost 90% of staff members were based in Victoria.

Our annual staff performance review identifies professional and personal development needs for staff; we address these needs through on-the-job and external training. We spent $263,653 on employee training and development in 2014, or $837 per FTE. On average, each FTE staff member received 67.77 hours of training and development, up from 40.96 hours in 2013. Almost 80% of staff were satisfied with the level of training they received and 75% reported the training program further developed their skills and abilities.

bankmecu reviews salaries annually, to ensure they are competitive with banking industry standards, using a range of external benchmarks including the Australasian Mutuals Institute Salary Survey. The Managing Director reviews the executive team salaries against an agreed set of performance outcomes including external sustainable development commitments, and then makes recommendations to the Board via the Governance Committee.

All staff are eligible for a salary increase following their annual review, depending on individual performance and budget constraints. Managers and executives do not receive bonuses. Staff at lower levels can receive incentives, which are determined through the annual employee performance review process and are subject to budget constraints. 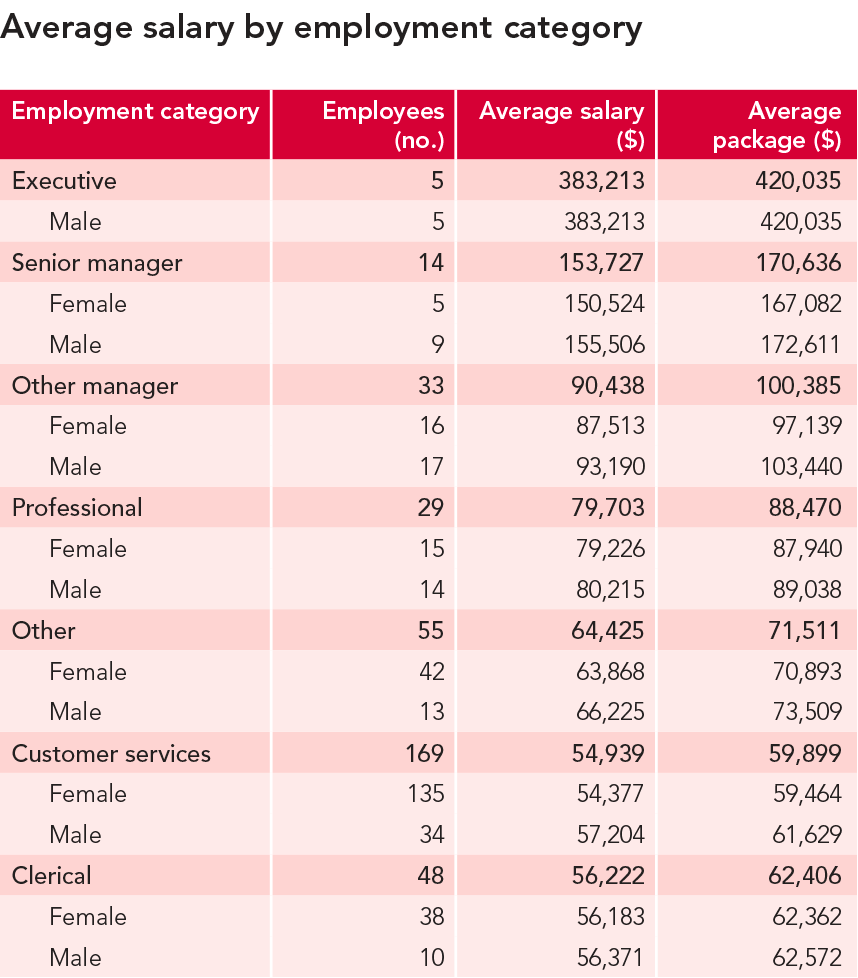 Board remuneration is reported under Governance and in item 5 of the Statutory Accounts.

bankmecu has a recognition program that acknowledges and rewards staff who go beyond ‘business as usual’ by demonstrating their commitment to sustainable development. Our Superstar Awards are funded by Allianz Australia Insurance Limited. The six winners this year visited the Conservation Landbank, our private nature reserve, and attended the Wimmera Biodiversity Seminar in September 2013.

This recognition program reinforces the fact that 94% of staff support the Bank’s commitment to sustainable development.