Remaining
100%
customer
owned and
in Australia

bankmecu is solely based in Australia and headquartered in Melbourne, Victoria. We have 25 service centres throughout Australia, provide our customers access to 3,100 ATMs and base our national lending and call centres in Gippsland, Victoria. 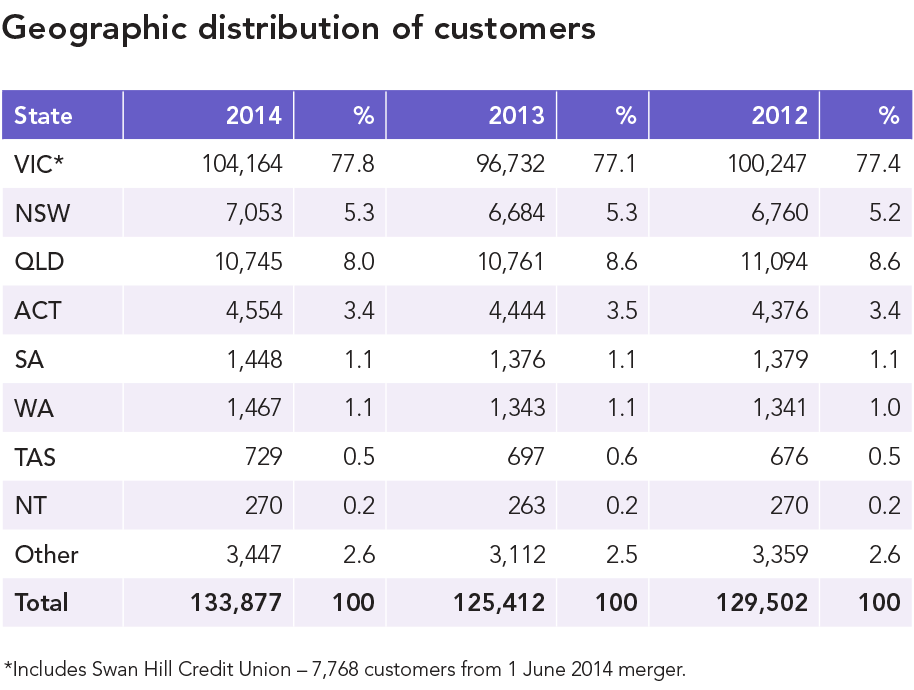 In addition, we attracted a record 5,461 new customers (2013: 3,830). This growth was offset by 6,913 account closures, 32% of which were initiated by the Bank because the accounts were dormant. Other reasons for account closures included branch location, interest rates, fees or a competing offer (13%) and deceased customers (10%). The remaining 45% of customers did not provide a reason for leaving.